Take a look at these two back-to-back days of E-mini charts using the Atlas Line and ATO 2. Using 5-min charts, these two trading indicators can display signals that confirm one another. In many cases, the signals will appear before a big move occurs. This allows you to get into a potentially winning position ahead of time and ride the market up or down into success territory. If the trades goes against you, there’s a chance you could get out at a smaller profit, breakeven, or even a smaller loss than the safety net catastrophic stop. The included live training helps you identify the trades as well as understand what to do when a signal occurs. John Paul focuses on ways to potentially minimize risk. Let’s take a look at both charts to see what occurred… 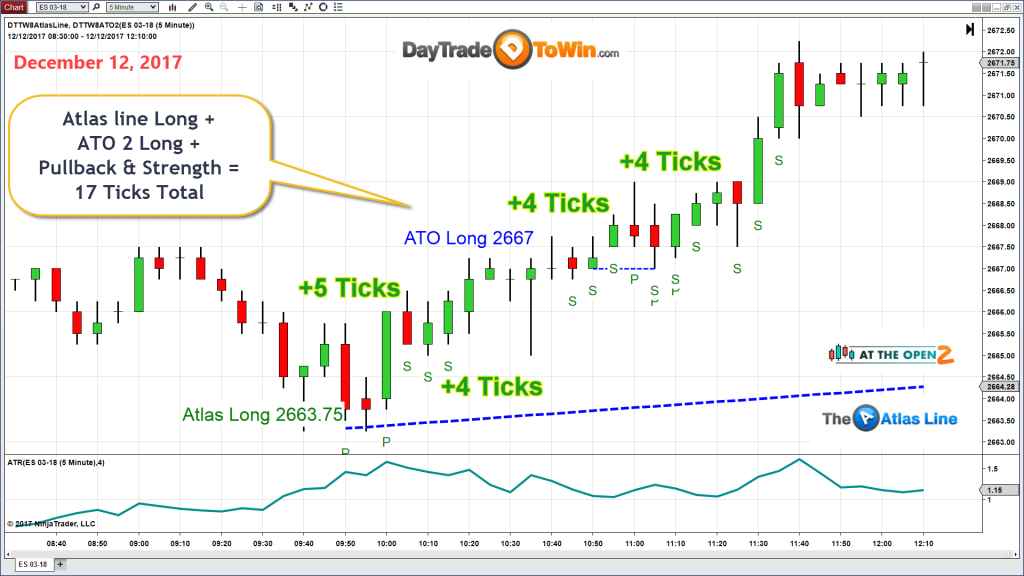 If you followed the rules, it’s possible that you could have walked away with +17 ticks. TheAtlas Line produced its first signal around 9:55 a.m. US/Eastern (New York time). It was a long trade, which is a prediction that the market will go up. The real-time market conditions allowed for a profit target of around +5 ticks. After that trade, about three Atlas Line Strength signals plotted (the small “S” marks). Later, the ATO 2 and more Strength signals appeared. Both systems were in agreement the market would rise. They were correct! 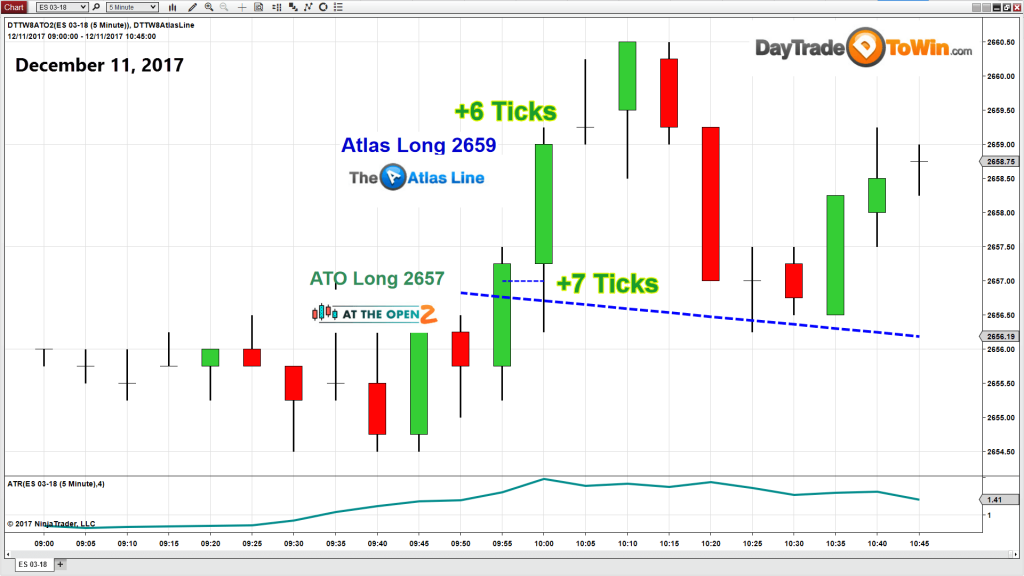 John Paul believes that similar signals from two or more trading systems may be a better predictor of anticipated price movement. Dec. 11 was another day when two systems agreed. In fact, the systems fire off signals around the same time. The ATO 2 trade came first, resulting in a possible +7 ticks. Around 10 a.m., a potential +6 tick winner appeared. The systems were also in agreement there were no trades later when the market began to chop around.

This site uses Akismet to reduce spam. Learn how your comment data is processed.